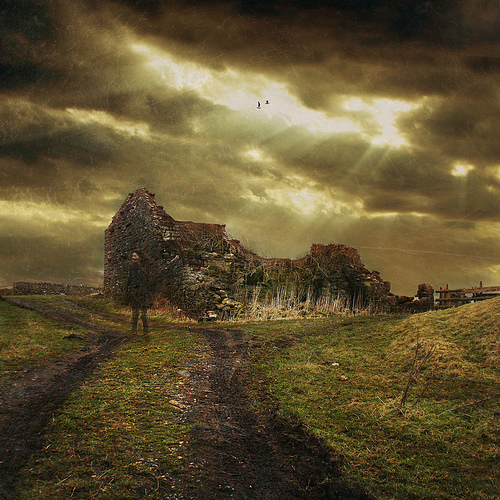 Autumn is a liminal time for me, a place where we move from one state of being into another. Most of my life, its been a time of massive energy, a shifting from the slow relaxing days of summer into the increased pace of back-to-school or oh-look-year-end-is-coming of work. September has always been a shift into a higher gear, one that doesn’t ease off until January.

This year my busy-ness was increased exponentially with the decision to move to Portugal, and then to retire. Moving was decided in late June, retiring in September and both were accomplished in November, a very short period in which to do all we did.

During that time I managed to make time to grieve.

Saying goodbye is not something I’m good at, never have been. The family lore has me hiding away when it came time for visitors to leave. When brought out to say goodbye, I refused, hiding my face or turning away. I would not say the words. When we moved, which we did a lot of — mostly to pursue my parents’ academic aspirations, then later for divorce, and economics, I ignored the leave-taking aspect. Friends, once precious and vital, were dropped and forgotten. I never wrote back the few times I was written to. Places I loved were ignored as if they had never been.

This time I resolved to do better. Or, at least, try to do better. Gods know, it was daunting and — looking back — I was only moderately successful.

What helped, enormously, was that J. was wholeheartedly involved and that our dear friends D. and S. came to us months before we left and said, essentially, “We know you want to say goodbye to things, and we want to spend as much time as we possibly can with you. So, lets do these things together.” And we did. We made a list of all of the places outside of our home and environs that were special to us for any reason. Together we went there and I had a chance to say goodbye.

And they had a chance to say goodbye to us.

I’m not sure I have words for this part.

I did not expect to be missed. To be told so was profound. I don’t see myself as affecting others, or anything in the world. To be missed is to be affecting, and affected.

My process was simple. I looked at the object, the venue (or person) and gave it my full attention for whatever period of time was required. Then I told it thank you and released it. Every object in my home was thanked and released. My neighborhood, my house, my car . . . all of it.

Some was quick, some were hard and I cried from the emotions I am so poor at expressing. I feel I did worst when it was people and I hope I didn’t offend with brusqueness which covered my own strange emotions.

I’m still grieving, but not as much and my burdens are lighter for having released so much.